Dr Eliane Deschrijver is a social neuroscientist and visiting postdoctoral fellow at UNSW Sydney. We had a chat to Eliane about her journey, her recent award recognition and evolving the conversation on gender equity in STEM. 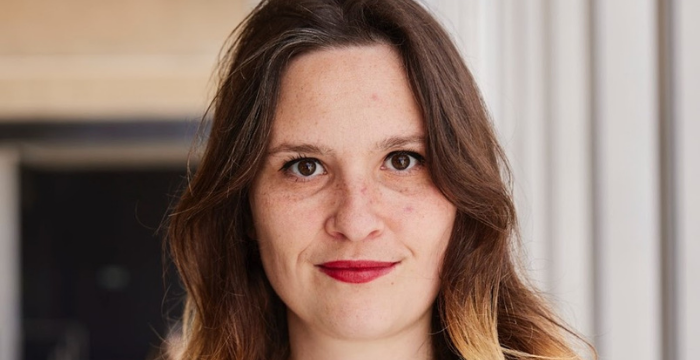 What drew you into the world of STEM?

When I was about fourteen years old, I accidently bumped into a documentary on the topic of the human brain, while surfing the Belgian television channels. Although seemingly trivial, I have experienced this as a major turning point in my life. The feelings of passionate interest brought forward in that moment led me 4 years later to study psychology at Ghent University in Belgium, my home country. My initial ambivalence about having a desire to understand the human psyche, but without wanting to treat actual people, eventually translated into my master studies focussing on social neuroscience.

Around the same time, I had somehow surrounded myself with a group of about 10 close friends who were almost all men studying engineering. This has significantly impacted my thinking: I love their analytical way of approaching the world, and the geeky discussions resulting from this after a few beers, or actually, at any time of the day. Most of them ended up choosing for doctorate studies as well: they still make for a strong support network.

Your research is underpinned by your new ‘relational mentalizing’ theory, about how the brain understands other people. You described this framework on your website: “overcoming self-doubt as an early career researcher”. The work has recently been recognised with a number of awards - can you tell us a bit more about this experience?

I am very grateful and a bit bewildered by the recognition I have received in the past few months. I was awarded the Best Research Paper Award in Basic Science by the Australasian Society for Mental Health Research, as well as the Margot Prior Early Career Researcher Award by the Australasian Society for Autism Research. The American Psychological Association (APA), the largest society in psychological science globally, awarded my collaborator Dr. Colin Palmer and myself the George Miller Award for an Outstanding Recent Article in Psychological Science just a few weeks ago. It is the first time in 25 years that this prize was awarded to a team of authors entirely outside of the US, and it is usually given to first authors at a mid-to-late career level rather than to postdoctoral fellows like us - which I didn’t realise when applying. That actually triggered a massive bout of imposter syndrome at first: surely they had made a mistake and would soon figure this out, right? I’ve calmed down a bit now, and am happily looking forward to what will be my first invited 1-hour conference lecture ever at the APA meeting in 2022.

What does it mean for you to receive this kind of recognition at this point in your work-life? Does it help you to keep going in your everyday research?

Receiving awards is obviously an amazing experience and professionally hugely important as they will hopefully help me to secure some research funding in the future. Yet, every single person in academia will always experience much more failures than successes: in the same past few months, for instance, I missed out on 2 postdoctoral fellowships and received some other rejections as well. Working as an early career researcher is an inherently precarious endeavour.

To develop the resilience to keep going, I think one needs something else than formal recognition, or accepted publications for that matter. I derive my professional sense of self-worth mostly out of the positives of the actual work I am doing, instead of out of external feedback. Focusing on these day-to-day positives helps balance out the negatives.

Could you share some highly recommended reads or podcasts that you think would be of interest to colleagues in the STEM Women network?

I’m not so much of a podcast listener, but I am an avid non-fiction book reader.

‘Lean in’ by Sheryl Sandberg, the COO of Facebook, has made an important impression on me. It is full of careful research into what may keep women back in their careers. While one could question whether it’s primarily up to women needing to ‘lean in’ and adopt rather masculine traits to resolve gender bias, it did inspire me to just go for it and don’t hold back. We, women, miss out too often because we do not apply for opportunities or do not display our expertise given doubts over our abilities. Novel ideas that find entrance in the world are usually the ones that get more people on board. This naturally hinges in part on bringing your work forward with an appropriate level of confidence.

The book ‘The double helix: a personal account of the discovery of the structure of DNA’, by Nobel Laureate James Watson, gives an interesting view on how the academic system has changed since the sixties - but then again is still largely the same. The author is notably controversial in his views regarding Rosalind Franklin: the female scientist whose work was instrumental in their earth shaking discoveries, who nevertheless missed out on the Nobel Prize.

I also just finished reading ‘Emotional Female’ by Yumiko Kadota, which is an autobiographical story about “a brilliant young surgeon’s journey through ambition and dedication to exploitation and burnout”. It’s enlightening, albeit disheartening, to see how patterns of behaviour and bias that I know all too well are affecting women and minorities in other male-dominated fields, too.

Lastly, I am currently taking in the ideas described by Carol Dweck in the book ‘Mindset’. She is a professor known for her decades-long research on the ‘growth’ mindset: People that believe that their talent can be developed, for instance through hard work or studying, on average achieve more success on a whole range of indicators. Those that more strongly believe in innate brilliance instead, the ‘fixed’ mindset, are more likely to refrain from engaging in challenging tasks. These people tend to associate potential failure with a threat to their personal identity, and achieve less. I hadn’t realised before discovering this book that I have unwittingly mostly adopted a growth mindset myself.

How do you think more gender equity in science can be achieved? How can we attract young girls with an interest in STEM?

I am personally more favorably disposed towards retaining women and other minorities that are already in the STEM system, while only focussing on attracting young girls afterwards. I’m not saying this to cover myself professionally: data shows that we are currently losing many of the most excellent minorities of any cohort along the way of their career. And perhaps they leave for good reason: coping with biases is really hard and can be taxing on one’s mental health, as Yumiko Kadota’s book clearly illustrates. It seems most ethical to me to first address these invisible barriers and prevent the systematic loss of talent, more so than enticing new people in and exposing them to the present culture.

A culture change that progresses STEM women and minorities at present into permanent senior roles can influence the system from the top downwards: a study published in Science in 2015 evidenced that in fields where success is largely attributed to ‘innate talent’, women are much less likely to be represented. One could speculate that gendered ideas about who gets to be a ‘genius’, may contribute to women losing their stamina to persist. Having a diverse group of successful role models at the top can soften the notion that professors should have a certain singular profile of ‘brilliance’.

I’m not generally opposed to positive action on this matter: there is more than enough scientific evidence to assume that any female candidate that has a similar or slightly more modest CV than a male counterpart has on average worked harder to get where she is now. In the famous and seminal Howard/Heidi study of 2003, for instance, a successful Silicon Valley venture capitalist in a case study was rated as ‘likeable’ and ‘someone to look up to’ when named Howard, but perceived as ‘selfish’ and ‘not the person you would want to hire or work for’ when named Heidi. Heidi and Howard were however rated as equally competent. Sheryl Sandberg writes about this study in her book: “Since people want to hire and promote those who are both competent and nice, this creates a huge stumbling block for women.” And this is just one of the many, many studies evidencing such hurdles for agentic women.

In that sense, we urgently need to let go of the idea of ‘token women’: diversity hires are correcting well-documented biases, and are in my view simply a statistically-supported way of levelling the playing field.

Finally, what are your plans for the future?

I would love to reach a position where I can lead a small team of people - that have a multitude of different brain types - to work with me on testing the predictions of my theory. So I will have a lot of grant writing to do! In general, I believe that mental wellbeing should trump any science, always: So I aim to slowly find my way, and hopefully I will get there in the end.