In conversation with Prachi Dave 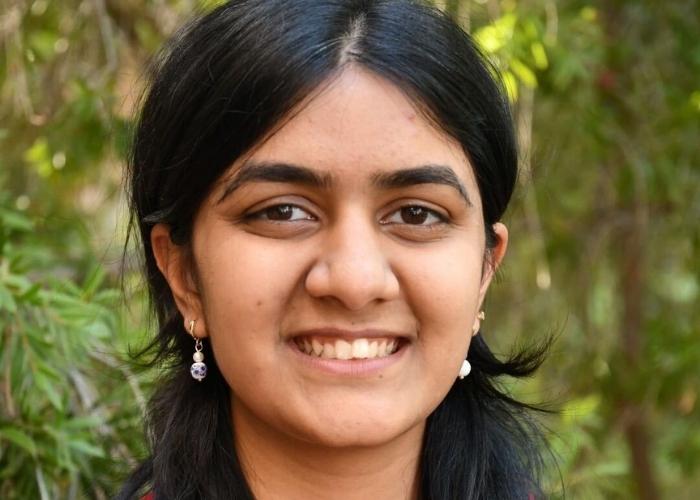 Hi Prachi, thanks for chatting with us!

What sparked your interest in wanting to explore STEM as a field of study?

All my life, I have been fascinated by space. I originally wanted to be an astronaut (which child hasn’t at least once thought of that?), however, I got scared after watching the movie “Gravity”, so I decided to not be one.

I was all about physics and maths throughout high school, but growing up in an Indian household, I didn’t want to be a stereotypical engineer or a doctor. Lucky for me, my parents were very supportive of me so I could pursue the career I wanted. I had my eyes set on becoming an astrophysicist, being especially inspired by my favourite maths teacher in year 10, who had an astrophysics degree.

However, I did NYSF and completely changed my mind to engineering despite being wholly against it in the past.

Where do you hope your STEM journey might take you?

After doing NYSF, we had a talk from Lockheed Martin and I decided that’s where I wanted to work. I decided I wanted to be an Aerospace Engineer.

Unfortunately, WA universities don’t offer an Aerospace Engineering course and I didn’t want to move over east alone at 17. So, I chose to study the Bachelor of Mechatronics Engineering and Computer Science double degree at Curtin.
Why not have two degrees in the same amount of time?

After I complete my undergraduate, I intend to go over east to further my studies in Aerospace Engineering and hopefully achieve my dream career of working with Lockheed Martin and eventually travelling the world because of work.

Who are some of your STEM role models?

Not a STEM role model, but being a huge, huge Harry Potter fan, Hermione was my role model. However, as I grew up, I got to know more about Emma Watson and her infamous speech at the HeForShe Campaign in 2014 and looked up to her immensely.
Other role models for me include Cathy Foley, who inspired me after her talk during my NYSF session, as the Chief Scientist of Australia, Kalpana Chawla  - the first Indian woman in Space and of course, Rosalind Franklin, who faced so much discrimination during her time but still fought against it.

Could you share 2 or 3 recommended reads or podcasts that you think would be of interest to others interested in STEM?

I would highly recommend the following two podcasts:

What would you say to other girls and young women considering a STEM journey?

Don’t be afraid to shine. Don’t hold yourself back or not live up to your full potential because of what others might say. And do not be afraid to speak you mind if something unfair is happening.

Don’t give up. I know its scary, to be pursuing a predominantly male career, but if you don’t try how are we going to change that? It will be hard, but remember you are carving the path for not only yourself, but thousands of girls who will follow your footsteps in the future.

Don’t forget to have fun. In an intense workplace where you could be one of the only females, you may forget what its like to enjoy what you are doing. Don’t forget that STEM is your passion and why you chose that career. Don’t let stress take that away from you.

Girl, you are absolutely amazing and you should own it.